Children and Technology – Research on Habits and Effects on Everyday Activities 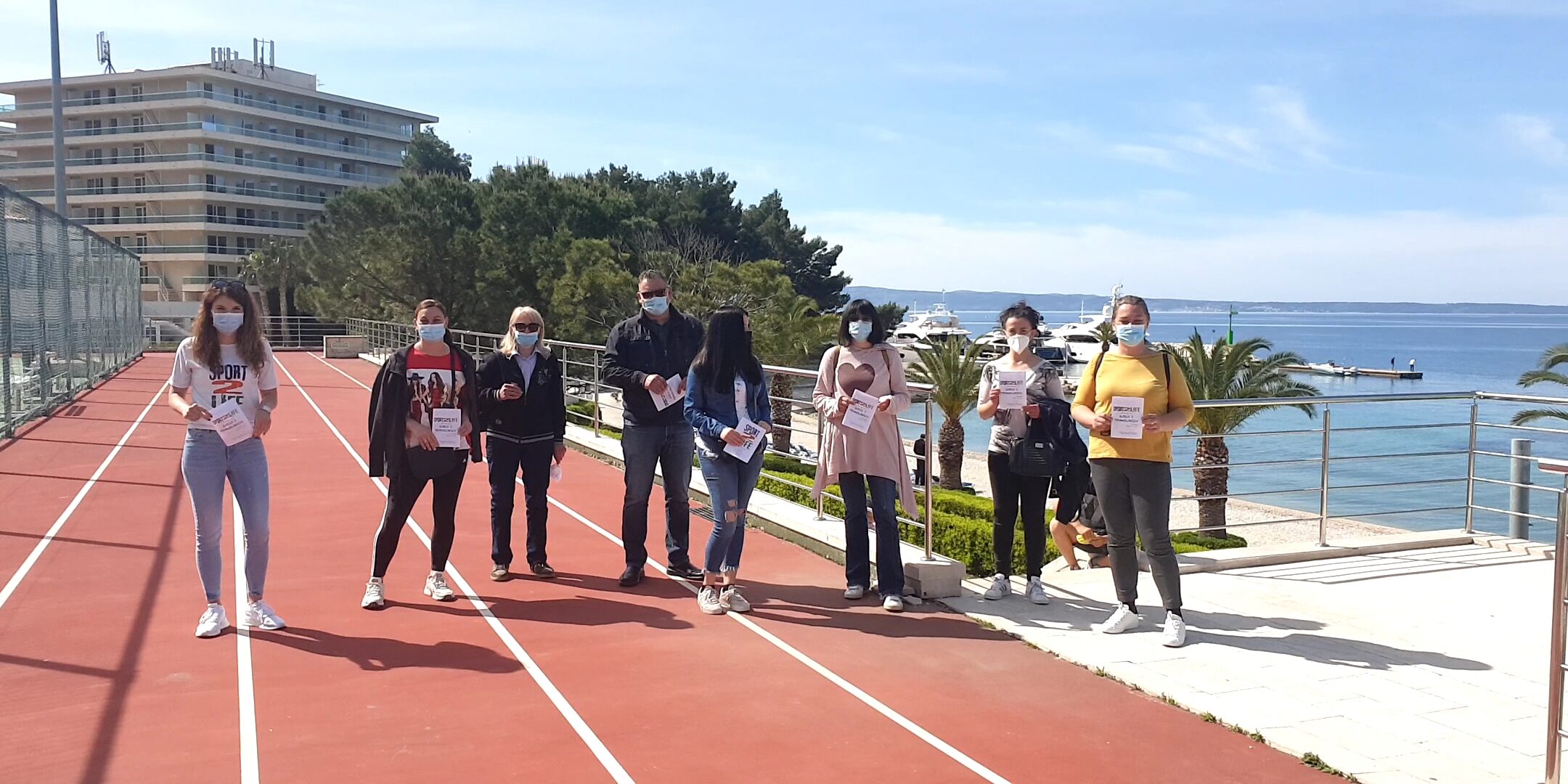 As a part of activities during the school year 2020/2021 Sport2life Croatia conducted a research on technology usage among kids in our School of Sport and Healthy Living.

Technology surrounds us and it is unimaginable to think about socialization process in 21st century without it. Specific conditions of life during global COVID-19 pandemic redirected most of the daily activities behind a computer or cell phone screen. The use of technology affects children’s development and their cognitive and physical abilities. Everyday use of technology is associated with a sedentary lifestyle and a general reduction in physical activity of children and youth. According to some research on this topic conducted on a wider sample of children in Croatia, children spend an average of 2 hours in front of screens on weekdays, and during the weekend this time increases. Data from the Institute of Public Health indicates that children most often start using the Internet on their own at the age of eight.

As a Foundation that directly works with children, we have a unique opportunity to get their direct insight about their habits, norms, perception on different aspects concerning their everyday life. Our research was conducted among 90 children attending the Sport2life School of Sports and Healthy Living in late 2020 using a survey method. The survey was adapted for children aged 6 to 8 years and was conducted individually and orally with each child. The research was also conducted by an online survey on a sample of 48 parents to be able to compare the collected results.

All children included in the research participate in organized physical activity at least 3 times a week. One third of our children do not own a mobile phone, and among those who do, 80% of children use it less than 1 hour a day. Computers and tablets are most often used only for school purposes. More than 80% of the parents included in the study claim that their children started using the technology on their own by the age of 6.

Children most often play games on their mobile phones and watch You Tube and Tik Tok content, and use the mobile phone to contact friends, parents, and other family members. Interaction with friends mostly takes place through texting, but also rarely through interactive games and social networks. More than half of children who own mobile phones claim that their parents do not control their activities on the devices at all and that they do not have a special app for that. Boys perceive parental control over the daily use of technology to a greater extent than girls. Parents confirm this information with their answers, but to a somewhat greater extent they point out the presence of daily control, which indicates that it takes place imperceptibly for children. It is encouraging that our parents are increasingly directing their children to play sports and play outdoors and limit their screen time. However, they also noticed some psychological consequences of the technology usage on children, such as isolation from the real world, reduced ability to concentrate, and loss of focus.

The results of our research indicate that children who are involved in organized physical activity from an early age still spend less time with screens than the average population of the same age. Physical activity is adequate for the development of not only motor and functional abilities, but also mental development and socialization. Therefore, it is crucial to encourage children to do the same, and provide them with conditions for such development, especially at a time when such opportunities are limited.

The results of the research were presented to the parents of children from the School of Sports and Healthy Living during May 2021, respecting all epidemiological measures.

This website uses cookies to improve your experience while you navigate through the website. Out of these, the cookies that are categorized as necessary are stored on your browser as they are essential for the working of basic functionalities of the website. We also use third-party cookies that help us analyze and understand how you use this website. These cookies will be stored in your browser only with your consent. You also have the option to opt-out of these cookies. But opting out of some of these cookies may affect your browsing experience.
Necessary Always Enabled
Necessary cookies are absolutely essential for the website to function properly. These cookies ensure basic functionalities and security features of the website, anonymously.
Functional
Functional cookies help to perform certain functionalities like sharing the content of the website on social media platforms, collect feedbacks, and other third-party features.
Performance
Performance cookies are used to understand and analyze the key performance indexes of the website which helps in delivering a better user experience for the visitors.
Analytics
Analytical cookies are used to understand how visitors interact with the website. These cookies help provide information on metrics the number of visitors, bounce rate, traffic source, etc.
Advertisement
Advertisement cookies are used to provide visitors with relevant ads and marketing campaigns. These cookies track visitors across websites and collect information to provide customized ads.
Others
Other uncategorized cookies are those that are being analyzed and have not been classified into a category as yet.
SAVE & ACCEPT